A Message from the Principal 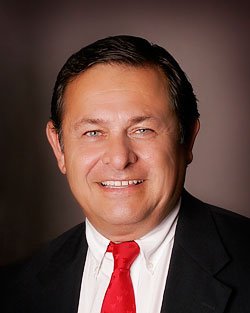 Heritage Christian School allows us a great opportunity in our community to glorify God through Christian-centered teaching, academic excellence, and Christian service, all in a distinctly loving and nurturing environment! It is truly a privilege to come alongside so many Christian families that share in this same vision!

As a Christian School Principal for over 40 years, I am committed to providing each student enrolled at HCS with a Christian education that resonates excellence. Our school’s commitment, undivided attention, and love for each student will be an example for generations to come.

In our world today, as well as in the world of tomorrow, students are in need of training that will help them not only succeed, but impact the world for Christ. If you are searching for a Christian school that will provide each student with excellent opportunities, a foundation that is set on Christ, and an atmosphere of love and encouragement, you have come to the right place!

I truly believe the Lord has incredible plans for Heritage Christian School; I am so excited to share them with you!

Our Founding Principal, George Gay is recognized as one of the most respected Christian School educators. Over the past thirty-five years, Mr. Gay has founded two successful and fully accredited Christian Schools in the Saddleback Valley. In addition, with Mr. Gay’s assistance and consultation, three more Christian Schools have been started in our community. Mr. Gay’s experience and expertise have allowed him to also consult with schools in Los Angeles and San Diego counties, as well as schools in Washington, Oregon, and Idaho.

For several years, the Association of Christian Schools International (ACSI) has invited Mr. Gay to be a Convention Seminar Speaker and Student Leadership Conference Speaker. He has also been selected as a candidate for the ACSI Regional Board. Mr. Gay has been invited to be a guest speaker at several church and school retreats. In 1983, Mr. Gay founded the TriWay Athletic League which has given several thousand students the opportunity to participate in competitive athletics. His love for sports is very evident as he has used coaching as a way to minister to students. To further expand the sports ministry into the community, he founded Mission Viejo Volleyball Club. In 1998 Mr. Gay was named to the “Who’s Who Among American School Principals”. He has also taught every grade level. Mr. Gay is an outstanding tour guide. He has led many Christian School students on inspiring history trips to Washington D.C and to California’s Gold Country!

It is obvious that Mr. Gay is a true visionary, teacher, and leader! With his emphasis on relationship building and servant leadership, he has developed many outstanding teachers, staff. He has implemented and directed excellent curriculum and instructional Christian school programs that have received full accreditation by ACSI and Western Association of Schools and Colleges (WASC). For generations, Mr. Gay’s passion is to daily nurture, train, encourage, challenge, and love kids, all for the glory of God!

George Gay has been a resident of Lake Forest, California, for over 30 years where he and his wife Edie, of over 44 years, raised their four daughters. George and Edie also have nine beautiful grandchildren.